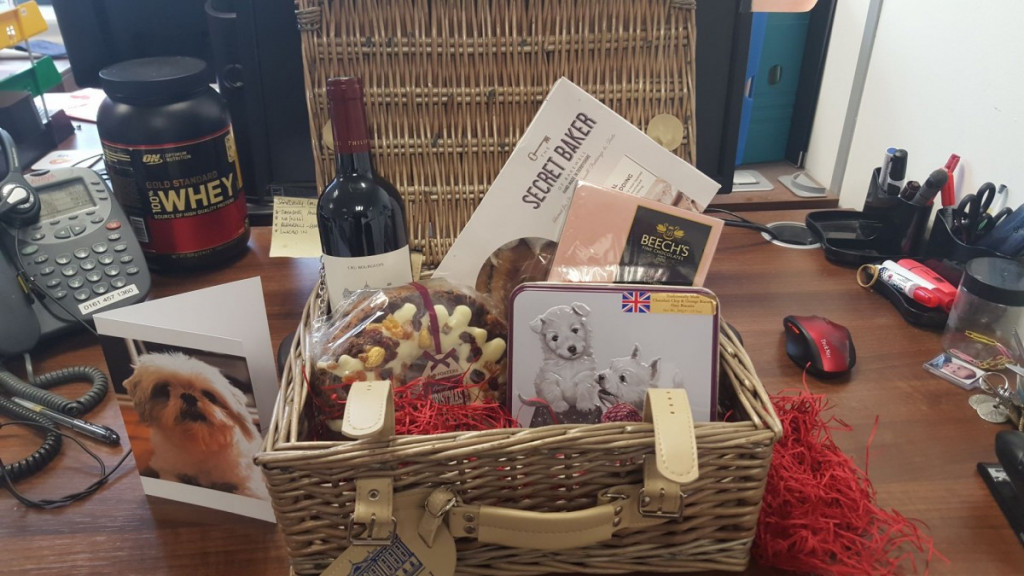 Why relationships come before revenue for us

A lovely gift that one of Florit Brooke’s placed candidates sent to one of our consultants this week reminds us that legal recruitment is and always will be about building relationships.

In no other industry do relationships form such a key ingredient. In recruitment, they underpin the whole process.

The trust that a head of department places in his or her recruitment consultant is the product of repeated success and good, honest advice built up over time. It’s similar with candidates. Frequently, new applicants are referred to us by lawyers we already know, and with whom we have worked on a number of occasions. Even in the interview process, no matter how short, and regardless of how technically competent a candidate is, it’s the ability to build rapport that seals the deal.

Whilst we stand alongside all our clients in the pursuit of profit, it’s not our key driver. Our essence is helping people.

This week’s events reminded me of two very contrasting placements that happened in the same week, nearly 20 years ago, when I was a ‘rookie’ recruiter. Whilst we managed to help both of them. You’ll immediately appreciate which gave the most job satisfaction and where we were most motivated to succeed as a business. The first was a senior construction lawyer, moving out of London to a major commercial law firm in the North of England and a market ‘hungry’ for his skills. Let’s call him Bob. The other we’ll call Kevin, a trainee who wasn’t being taken on by the firm that trained him.

There was no shortage of interest in Bob’s CV. In fact we got him 5 interviews in less than 3 days. That fact boosted Bob’s confidence as he ‘played the field’, so to speak. Bob was a technically gifted individual, with a City training, and very broad experience – just what every law firm wanted. Consequently, he got offers quickly and the successful firm went beyond their budget to secure him. In a candidate led market, it was very much ‘market forces at work’. He was in the right place at the right time. He certainly seemed pleased.

Compare Kevin, a busy trainee solicitor 2 months away from the end of his training contract, and counting. Coincidentally, Kevin worked at the same firm that had just secured Bob – let’s call them ‘Evershaw Patton Masons’ to spare any blushes. However, in contrast to Bob, the market for Kevin was radically different.

Kevin had 4 mainstream seats to his name and a penchant for employment law. With his second child about to be born and faced with a market offering virtually zero vacancies in employment law, Kevin was not in great place. It looked like he had run out of options. Although ‘Evershaws’ was arguably one of the best places to come from, and to remain with, there were no vacancies at the firm for anyone in the employment department.

Opening doors and then hampers

It was the end of July, and his CV had apparently gone everywhere before he came to see me. However, ‘no stone unturned’, we suggested a couple of options we could proactively pursue. These were two firms nobody else had thought of and Kevin was a good candidate, so we ventured forth. There weren’t any ‘published’ jobs. To the outside world, the firms weren’t hiring employment lawyers.  In one firm, a partner I knew used to work at ‘Evershaws’, but had since moved to this rapidly rising ‘middle-tier’ practice and vaguely remembered Kevin as the sociable, good humoured chap that he was. So an interview was set up.

Several days later, Kevin received his dream employment law offer. He’s now a partner in his chosen field and I’ve collaborated and worked with him a number of times in difference capacities. Kevin’s only ever had 3 legal jobs, and each one has come out of relationships he started as a trainee. I’ll always remember Kevin, not because he bought me an unusual and very thoughtful present, but because we managed to get him out of a pickle at a time when he really couldn’t afford to be unemployed. We helped him, and boy was he chuffed.

It’s not the material things that motivate us in what we do from day to day, and we certainly don’t go our of our way to court gifts, but when a member of staff received a bulging hamper this week (accompanied by some great feedback – and not for the first time I might add) we were all delighted. Things like this make the job worthwhile, both for them and for us as partners. The candidate’s situation was not dissimilar to Kevin’s in that she had been attempting to bounce back from redundancy. She’s now secured her dream job in industry, and her appreciation brought home the significance of our mantra that “relationships come before revenue”. It’s as true now as it was nearly 20 years ago.

(PS – the whey protein wasn’t part of the hamper!)