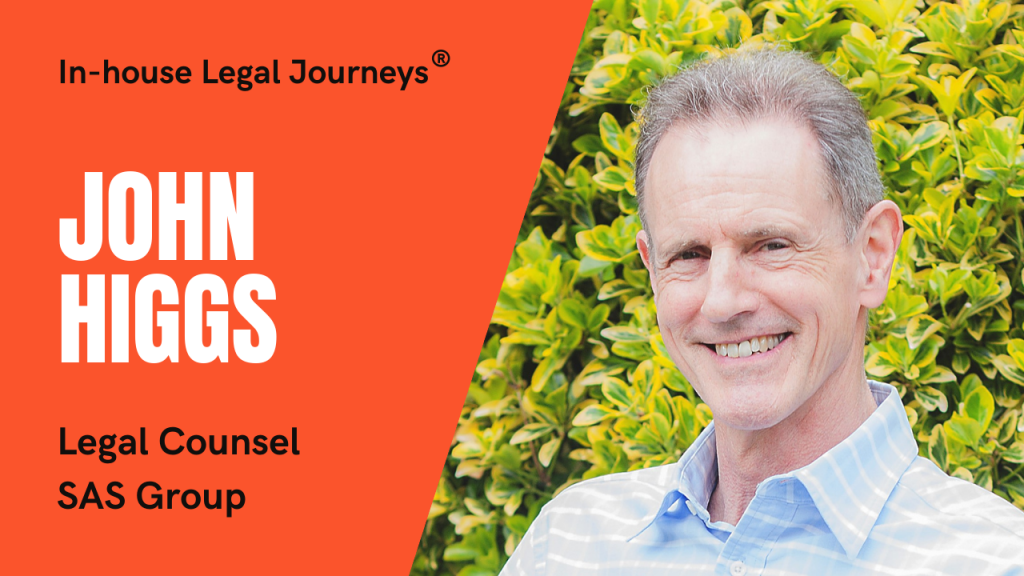 Before becoming SAS Legal Counsel, what attracted you to being a lawyer?

There were no lawyers in my family and I didn’t do a law degree. A University careers adviser asked what I was good at and what first came to mind was ‘writing other peoples’ letters’. Helping a few friends with applications to colleges was the starting point for my entire career.

What factors made you choose to work at SAS?

I liked the idea of being at the centre of a small company that had the same sort of risks and legal problems as a much larger business. After several years in the ferry industry, aviation was in many ways a natural progression. Risk, insurance and regulation were familiar. The relationship between pilots and engineers replaced the ‘deck and engine’ divide that exists in the marine world!

What particularly positive things keep you engaged there?

I enjoy the long-term relationships with customers, particularly the air ambulance charities. The charities have developed so much they are now surely the most efficient and innovative part of the health service. It is good to know that the paper pushing I do is in support of work that really matters.

How has SAS changed since you became Legal Counsel there?

When I arrived in 2000, SAS saw it itself mainly as a police air support business. Now it is an air ambulance business. When I started, the ‘new generation’ helicopter was the MD902, supplied by MD Helicopters from Arizona. Now we are well on the way to replacing the MD902’s with AW169’s, built by Leonardo in Italy. SAS has always had an extraordinary range of capability and regulatory approvals for a company of its size. The quality of work available is constantly improving and the standards required by customers are rising in the same way. 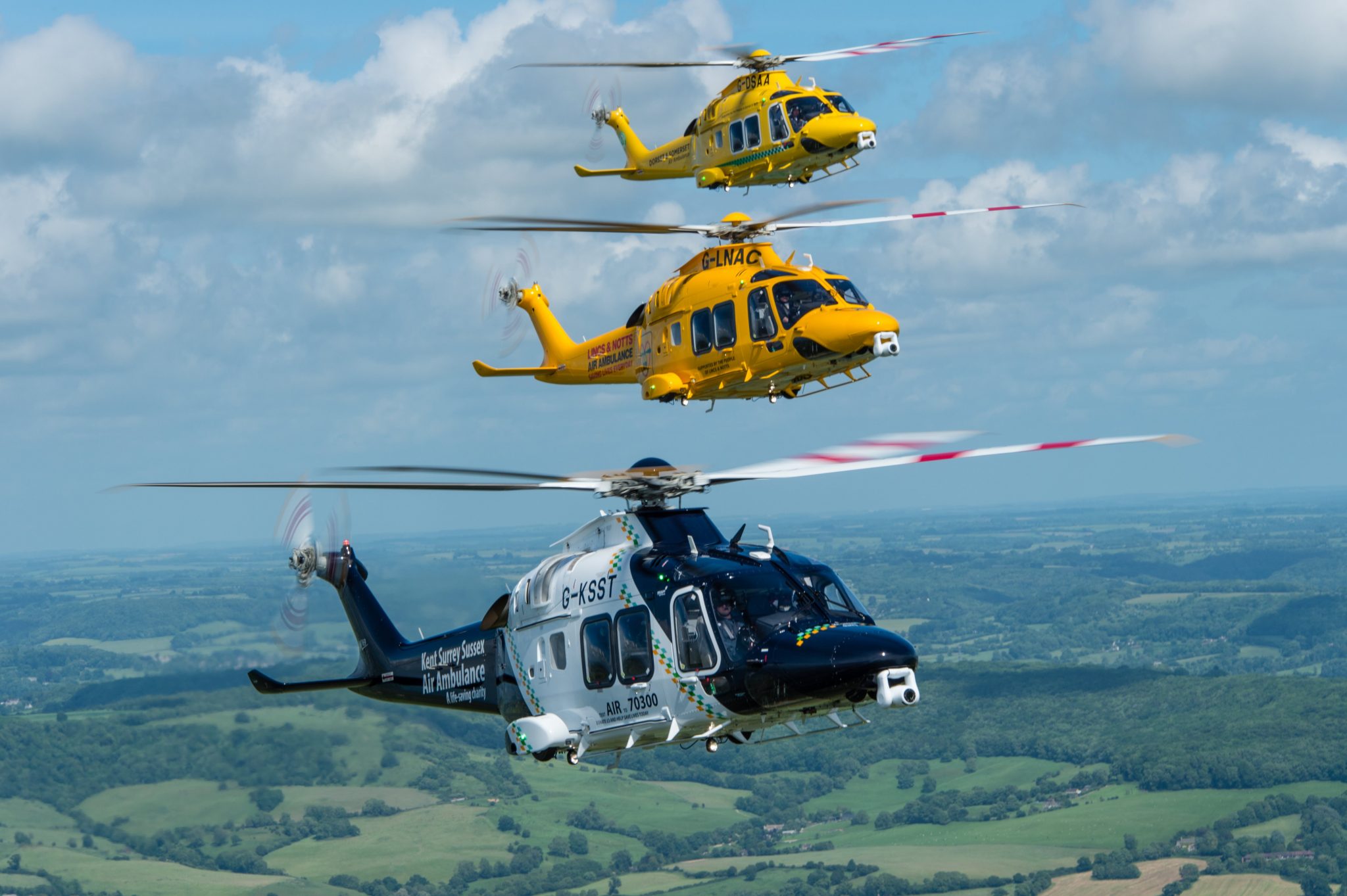 How has the organisation helped you advance?

Looking back over 18 years, I have had freedom to develop the role in my own way. At the same time, I have been able to rely upon some real experts in the rotary side of aviation. Successive finance directors have helped conceal my failings in numeracy. (My opening gambit with any new finance director is ‘I’ll do the words, you do the numbers’.)

What particular projects have you enjoyed working on most and why?

The whole project to promote, finance and introduce the AW169 has been particularly satisfying. It has given SAS an extraordinary opportunity to work with Leonardo and to consolidate its position in the market with this new technology. Since 2016, we have taken delivery of nine AW169’s, with two more to follow, and we have achieved ‘Excellent’ Service Centre accreditation. There are many interesting contracts underlying the project.

Who’s been the most influential to you in your career?

Perhaps it says something about me that I choose a businessman rather than a lawyer. Gareth Cooper, my MD at Stena Line in the 1990’s, taught me about the basics that apply to all businesses. His anecdotes still come to mind. He has that rare ability to go straight to what matters. Even under the extreme pressure of competing with the Channel Tunnel, it was always fun to work in his team. Integrity was a given.

What piece(s) of practical advice would you give to someone looking to join the legal profession?

If you are going to work in-house, then your job is to facilitate business.

My main recreation has been cricket, both playing and coaching. I spent 15 years building up a junior cricket club. It has been very satisfying to see the young players (boys and girls) improving and then taking over the whole club. Now I have time to watch some cricket and the World Cup is coming up. Day to day, I enjoy walking our large dog on Rodborough Common. The views are fabulous.

What song was No1 when you qualified?

YMCA by Village People, not that I would have paid much attention at the time.

Since University, my whole career has been in the legal sector one way or another. Before that, I had some memorable holiday jobs. One summer I worked in a battery chicken farm. It put me off eggs for years. The management style taught me quite a bit about how not to treat employees. A short stint in a very small plastics factory was also educational. It was a happy place with a good employer and staff making the best of tedious and repetitive work.

If you could spend an hour with anyone in the world of business, politics or entertainment, who would it be and what would you ask them?

I would like to spend some time with Imran Khan. We knew each other a little at University. I would ask him how he is doing in reforming Pakistan. Uniting the Pakistani cricket team was quite an achievement. His current challenge is of a different order but if anyone can succeed it is probably Imran.

My wife would say ‘chocolate’ and she would have a point. I would add ‘doing absolutely nothing from time to time’.

What’s the most interesting/enjoyable book you’ve read in the last year?

Two books spring to mind. Enlightenment Now by Stephen Pinker, for a reminder of the extraordinary and unreported progress made in the world. Also, Ron Chernow’s biography of Alexander Hamilton, an immigrant and outsider who was somehow able to play a key role in the founding of the United States while being flawed enough to die in a duel.

The RSC production of Don Quixote is a wonderful celebration of one of my favourite books.

My degree was in English and I love words. It is hard to choose a favourite book. Looking at the bookcase, Bill Bryson is now prominent. Victorian novels also feature extensively. They were excellent preparation for dealing with people in business.

I am a late adopter when it comes to gadgets. I would like to say that I value the simplicity of life without gadgets, but the truth is I’m not very good with them.

A current favourite is Henry’s in Bath, preferably combined with a good play at the Theatre Royal.

Your default tipple is…?

In my early days, I turned up at a completion meeting in the City with the wrong file. Happily, the office was close by and I was able to scurry back. It only happened once.

Most annoying phrase you’ve heard in the work place?

‘Legal eagle’ would be up there.